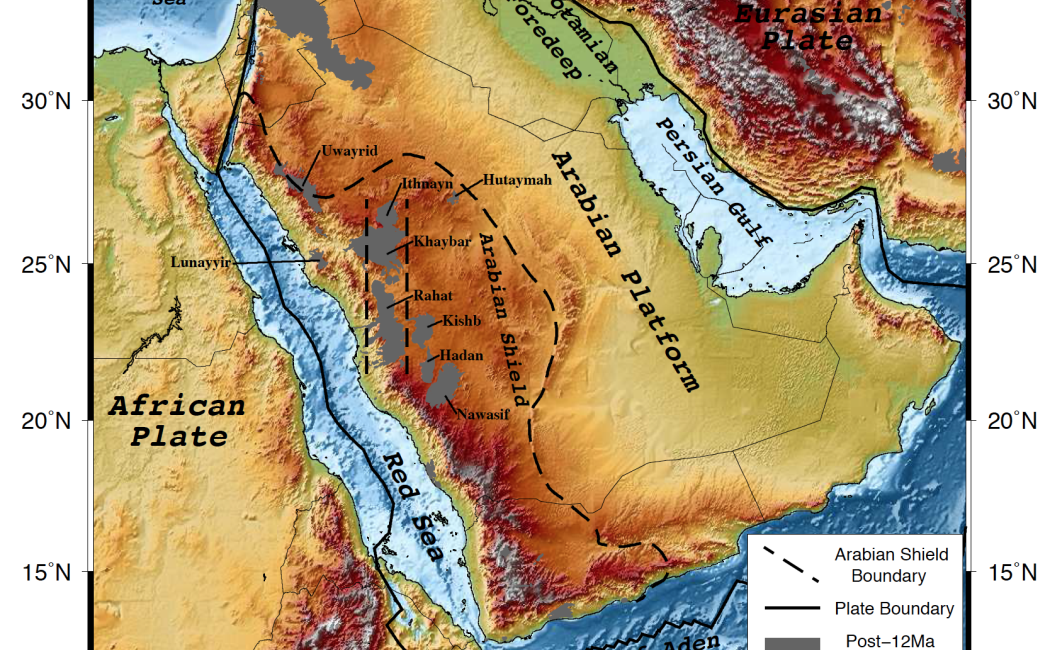 Broadband seismic data can be used to study Earth structure at various scales. In this project, we make use of seismic recordings in Saudi Arabia, collected by the Saudi Geological Survey (SGS) in Jeddah.

The SGS operates a modern digital broadband seismic network that is continuously expanded and improved since 2008. As of spring 2012, the SGS operates more than 100 seismic stations through the country. Through our collaboration with the SGS, we have access (upon request) to their database, and thus can use their seismic data for seismic imaging of the Earth crust.

The work will initially focus on receiver function studies, both over the entire country and also specifically for regions with denser station spacing (e.g. in the volcanic regions in the western provinces).

In a later stage of the work, we plan to use surface-wave tomography and other techniques to develop a comprehensive understanding of the deeper structure of the Earth underneath the Arabian Peninsula, and how it is related to the larger-scale tectonics and geodynamics in the region.