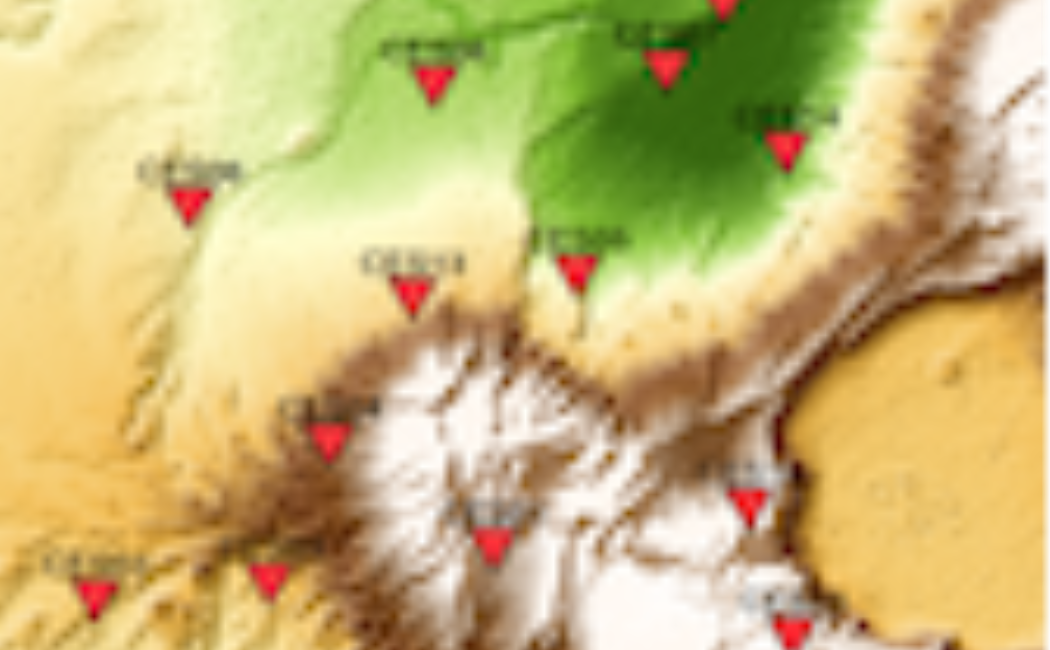 The Olduvai Gorge and Laetoli basins, located within the Ngorogoro Conservation Area (NCA), are a cornerstone for understanding the evolution of early humans and are two paleo-antropological excavation sites of global importance. NCA is located at the boundary between the Tanzanian Craton and East African Rift (EAR), in the vicinity of Ngorongoro Crater and other major volcanic edifices. Thus, understanding the geology and tectonics of the NCA may shed light onto the question why early Hominins settled in this region.
Environmental and geological conditions in the Olduvai and Laetoli region that promoted human settlement and development are still debated by geologists and paleo-anthropologists. Paleo-geographical reconstructions of the study area of the last 2 million years may take advantage of modern passive seismology. Therefore, we installed a dense seismic network covering a surface of approximately 30 x 40 km within the NCA to map the depth extent of known faults, and to identify seismically active faults that have no surface expression.

The Olduvai Passive Seismic  network ran from June 2016 to May 2018 in 17 different locations (see Figure A). At any time, there were 10 to 14 seismic stations running simultaneously (see Figure B) and were equipped with Trillium Compact 120 s sensors.

If you are interested in using teleseismic waveforms recorded by the OPS network, please contact Laura Parisi (laura.parisi@kaust.edu.sa).