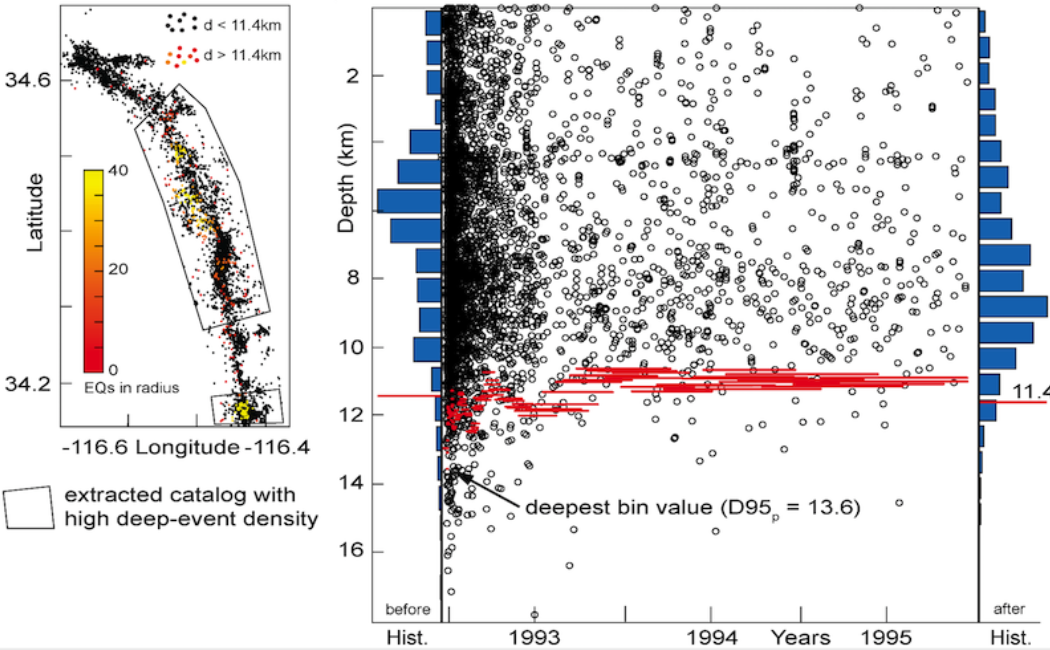 ​The depth of the seismic-aseismic transition zone (separating the part of the crust where earthquakes may initiate from the part where they may not) plays an important role in seismo-tectonics, affecting fault system architecture and relative fault activity, earthquake size and distribution within a fault system. Over the last two decades, a number of studies have revealed that the seismic-aseismic transition zone is not stable in time but may deepen after the occurrence of a large earthquake.In our research, we aim to identify correlations between this deepening and a number of earthquake source parameters, for example addressing the question whether this observed deepening is related to the mainshock’s magnitude. Identifying these correlations may help to better understand the rupture process as well as clarify some disputes regarding the stress drops of small and large earthquakes and whether both observe essentially the same source physics.